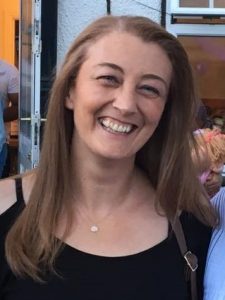 One of the speakers at this year’s Instill Conference is Dianne Murphy, who as a secondary school teacher since the early nineties, began to teach yoga & mindfulness to teens 7 years ago.  Her strength in knowledge and delivery has grown boundlessly, teaching yoga in both mixed and single sex secondary schools and having also collaborated fruitfully with organisations including NCS and Youth Connexions.  Dianne’s current role as a Wellbeing & Mindfulness Lead at an all-boys Catholic school in North London suggests that the yoga trend amongst young adolescent males is strong, yet on the contrary Dianne tells us the attempt to make yoga appealing to this group is still very challenging. Young, disappointed male teens upon thinking of the idea of yoga, often describe it as “girly”, “touchy-feely” and “light-weight” and therefore denounce its value.  However this view shifts rapidly when they try it.  Dianne was recently asked to deliver a carousel of yoga at a residential week for a hundred and fifty year 8 boys where groups of fifteen at a time would do a 40 minute session.

“In the morning the first groups of boys trudged reluctantly over to the field, grumbling about being ‘forced to do stupid, girly yoga’ but left with a very different opinion. By lunch time talk of yoga had spread and while the boys were eating they were asking each other what sessions they had later. We were now hearing comments such as ‘I got dat bait yoga t’ing, innit!’, ‘bruv, it’s lit – you’ll love it!’, ‘we should ask if we can have it back at school’, ‘yeah – in PE’, ‘Nah man, like every day!’”. At the end of the week when it came to ranking the activities, yoga came out as the clear favourite with over a hundred of the boys ranking it in their top three various activities

Convinced the boys? How to convince the parents…

Dianne, perhaps somewhat advantageously, is accustomed to dealing with parents from her experience as a school teacher.  Through this consequence, regular dialogue between teacher and parent is a given, and so Dianne is able to address and update parents on the benefits of yoga & mindfulness.  By explaining how it meets the need for personal wellbeing as well as social and emotional development, the schools can then also easily see where yoga & mindfulness correlates within the current Ofsted criteria for S.E.A.L and wellbeing.  This new found focus on S.E.A.L in particular means that parents are eager to know that their child’s needs are being met beyond the curriculum. However, as Dianne notes, essentially it is still the students themselves are the most effective advocates; it is their voice that best speaks of the benefits that yoga & mindfulness can bring.

An Affordable Challenge Through Free Methods

Wellbeing and mental health continues to be an important issue for boys and girls. The need for wellbeing provision is increasing year on year and is being pushed up the Schools’ agenda. Despite this obvious need, funding and school budgets are being cut making it harder to ensure that yoga & mindfulness are made accessible to students.   Dedicated practitioners such as Dianne need to continue the work they are doing in order to raise the profile and increase the recognition that yoga & mindfulness is one of the most affordable – and effective – methods of caring for the wellbeing of our youth.  If we look at how teenagers themselves challenge everything, including themselves, then this gusto for challenges needs to be met with the same fervour of our teachers and yoga practitioners.  After all, this is the generation that will take over the world! Dianne believes that if she can provide them with the tools to look after their own wellbeing, to be resilient and to be compassionate then these shining qualities will not only be enough to ensure that school budgets remain accommodating but also that these adolescents will develop into a generation of flowering positive change in the world.

Be Genuine in the Face of Computer Screens

Working with various gender and mixed groups has provided Dianne with valuable experience in how to adapt and modify sessions to best suit each group.  Gender she says becomes recognisable beyond the binary, whilst as an observer she can distinguish both the differences and the similarities between varying groups. Yet perhaps the most profound lesson on Dianne’s journey she says is to always be genuine. “That’s especially important with this age group. For one thing, they can easily spot when someone is not genuine and will respond accordingly. Secondly, they are bombarded with superficial and unreal ideals and expectations from things like media; to which they are hyper-connected. So to redress this imbalance it’s vital they encounter genuine experiences and genuine people so that they learn the value of self-worth and become confident enough to be authentic and true – valuing themselves as unique individuals”.

Dianne will be speaking in the afternoon session at Instill on Saturday. You can still book here if you haven’t already, and if you havent reserved for the parallel sessions, please mail us as soon as you can. There is limited space and they are filling up. 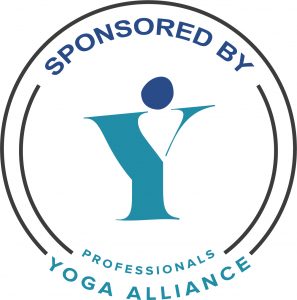