As we look towards using yoga as an appliance to better the lives and potential of today’s youth, where better to look than to the birthplace of yoga itself; India. Joining us at the Instill Conference this year is Shirley Telles, who has worked on several committees in India dedicated to researching the benefits of yoga for young people.  Her insight will be invaluable, since, through years of experience, Shirley has witnessed first-hand how challenging, but also how transforming, yoga can be in aiding the many difficult life situations and periods during adolescence. Her talk at Instill will focus on this. Shirley regrets not learning yoga earlier in life, but has devoted many years towards uncovering the amazing benefits it can have for pre-teens and teenagers. 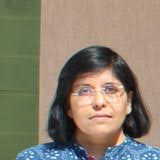 Obstacles for yoga in schools

Up to now it hasn’t been easy to convince and implement yoga in schools, ‘the objections to introducing yoga exasperated me’ she says when reflecting on her first forays into this field.  From misconceptions about yoga being a form of religion to the assumption that it would somehow make children lose their competitive streak, Shirley has heard and dealt with all sorts of claims that challenge the value of her work.  As a result Shirley decided to demonstrate the unique qualities of yoga therapy by focusing on more research-based work to provide her with more evidence.  Joining an inspiring network of therapists, physiatrists, neurologists and yoga practitioners alike, Shirely testifies that adolescence is a key stage in a young person’s life in which dramatic changes can take place. ‘Once you crack the shell they are so soft and vulnerable. They deserve the good treatment which most of us have had. Apart from that they are more cognitively flexible… it is easier to change their opinions… change is less stressful until about the age of 20’.

We all need some guidance from time to time and especially during our teenage years when our emotional, physical, intellectual and spiritual systems are all rapidly changing.  It’s greatly unsettling and can be even more so if external factors have an especially important influence in our daily lives.  If this is the case, the transitional phases can sometimes appear overwhelmingly worrying.  Shirley recounts an instance of a 14 year old girl who seemed at the point of no return.  Her behaviour was irrational; she was physically violent and had no regard for herself or of those around her.  Brought up in an abusive home, she had greatly felt the brunt of her father’s violence which led to a dead mother and an amputated arm.  This greatly disturbing background led many of her elders and carers to inform Shirley that she was wasting her time in trying to engage her, never mind change her behaviour.  However, as Shirley says, ‘she changed, changed beyond our dreams’, and now 14 years later that same young girl has blossomed into a confident, warm, calm and happy teacher.

However there is still much work to be done.  Many policy makers remain to be convinced by yoga despite the evidence of continuous research and case studies.  Furthermore we need to be cautious that those hopeful teens who go in search of yogic help do not get exploited by false gurus, but rather are taught by empathic teachers who have the person’s best interests at heart.  One of the ways this can be achieved will be to educate youths on the principles of karma yoga, which will in turn develop their inner strength so that they are not emotionally vulnerable nor dependant on anyone else except themselves.  Once this has been achieved, the youths of today will be the fresh, vibrant and positive adults of tomorrow.

Shirley Telles will be speaking at the Instill conference in Pimlico, London on 11th November. Join us!! Book here.