If like me, you are no longer a teenager, then it may prove slightly difficult to comprehend how practising yoga can relieve stress and reduced  anxiety for teens and their peers. After all, in order to fully digest new ideas, it can be beneficial to get experiential awareness of a suggestion or theory in order to verify, or at least relate to the essence of the idea. Not to worry; we can attempt to grasp the idea by talking to those with the actual empirical background.  Robin Watkins-Davis, who is 18,  is going to be part of a panel with other young teens at the upcoming Instill Conference this November, detailing and sharing her experiences of this incredible holistic tool. 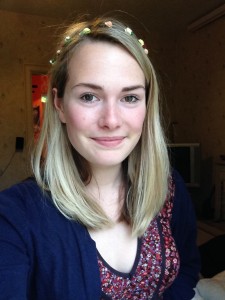 Though her early teens were spent feeling angry and upset, Robin, through the practice of yoga, has created a world in which she says she feels ‘joyful and loved’.  These feelings have allowed her to attain growth in both her personal and academic life; ‘In terms of education, having awareness of my mind and body has helped select my thoughts carefully so that they motivate, encourage and support me in my learning’.  As a result, Robin feels that the many challenges and obstacles that teens face during adolescence can be met with a positive approach along with a greater sense of self belief.

One of the many by-products of yoga practice is a development and expansion of selflessness, which can of course initially seem strange considering yoga is about self-development.  Yet the many testaments to its nourishing benefits seem to be so profound, that it can only serve as a device to share.  In Robin’s case, her journey has not only allowed her to become comfortable in her own body and mind but has inspired her to become a yoga teacher, fulfilling her belief that everyone has ‘the right to know about this magical tool and practice, so that they too can then access it when they desire’.

It would be fair to suggest that it’s not always easy to educate and inspire young people; even if they are your peers.  After all teens often don’t take kindly to being told to do or try anything!  Robin suggests that the way to manoeuvre any resistance to yoga is through subtle suggestions that point towards the workings of the body and mind by touching upon messages of body image, self-confidence, notions of contentment, love, kindness and so forth.  This approach is gentle and calls upon light scientific principles so that the practice can be steered away from any religious or spiritual perceptions which can make teens feel uncomfortable.  This method of engagement fluidly allows for an open mind which is not only essential for academic learning but also in the context of a wider every-day, multicultural society.  Fundamentally though it is the rewards from inspiring others that keeps Robin motivated to share the gift of yoga:

“a young girl in year 9 recently said to me after class ‘I just love yoga because I was having a really bad day and now I feel great!’, others comment on how much it has helped them through anxiety and sleeping difficulties. So far, everyone who has come to yoga, including myself, detail their own unique story of how yoga has turned their life around for the better, so there is definitely a trend here and one not to ignore!”

So what are we waiting for?  To empathise with teens, we need to get into their mind frame, what better way to do this than by coming to see Robin and her friends share their experience at Instill!