In January, Charlotta will be travelling to Sierra Leone with Vic, a psychologist to train a group of young men and women from the Yoga Strength centre in yoga therapy for trauma. 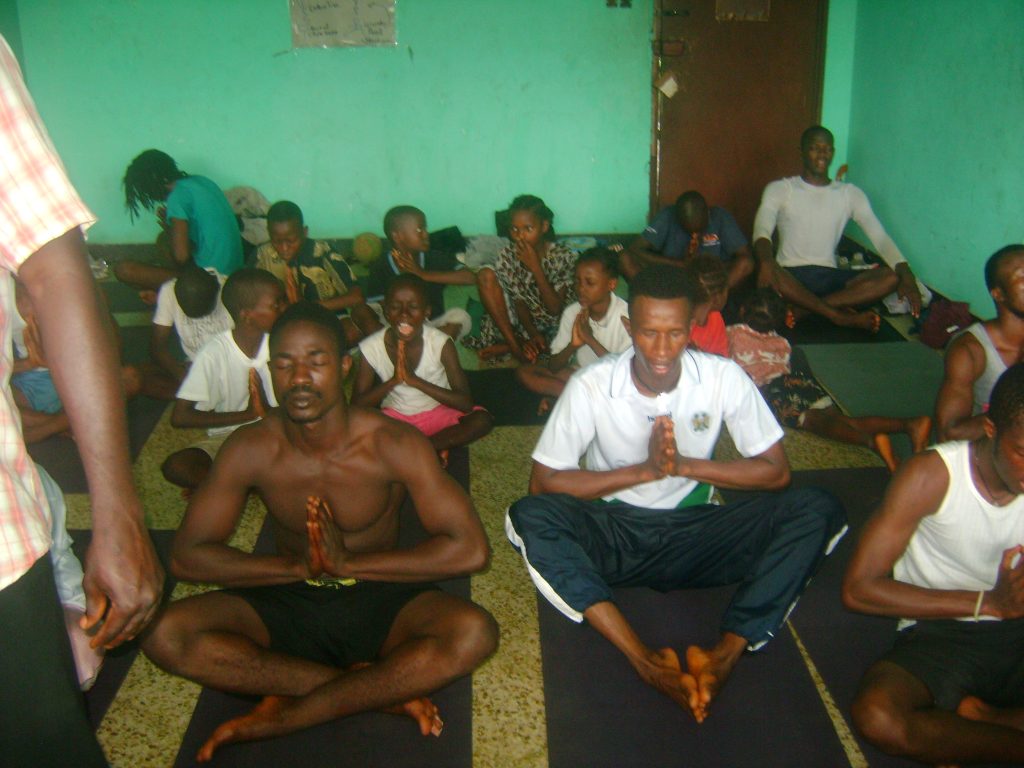 They are already trained as yoga teachers and so will be given some basic tools to further support their fellow citizens in relieving the trauma that they have experienced over the last 20 years, including devastating civil war where children as young as 7 were given cocaine to kill or maim pregnant women and other citizens in what became known as the blood diamond war. Then recently the country was ravaged by the unforgiving Ebola virus, which killed 4000 citizens in horrific deaths.

Sierra Leone is the 3rd poorest country in the world with 72% of the population living on $1 a day, despite sitting on one of the biggest reserves of diamonds in the world.

Winston and his friends have found yoga helps to overcome the nightmares and memories as well as physical debilitation after these experiences. They would like to train further in order to bring more yoga to Freetown and thereby ensure a peaceful future, with a resource for conflict resolution.

Please donate to help us with this project! 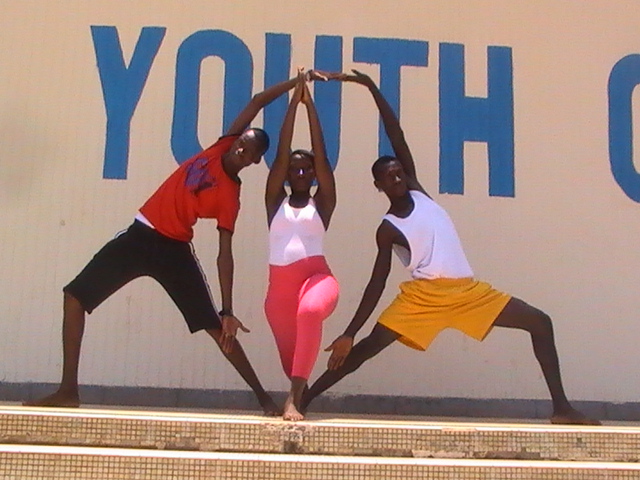 The cost of this trip is minimal as Charlotta is only bringing one assistant and neither of them are taking payment for the work.

Any extra money will be given to Winston’s Yoga Centre to facilitate more training opportunities.