Sometimes it may seem as if all we talk about is the Instill conference!!! The Teen Yoga Foundation has a lot of other activity that aims to promote wellbeing for young people. One of these is a project called Yoga Girls Can.

Yoga for teenagers in schools is proving to be a slow burning success. Both informal feedback and formal research are building up a body of evidence that shows yoga improves the wellbeing of young people in schools. But what of the large numbers of young people who are not in school? 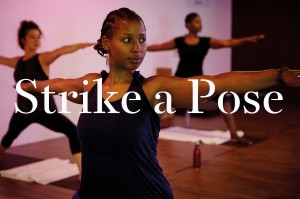 According to Sportivate, which exists to promote physical activity among young people, there are some 4 million people across the UK in the age range between 16 and 24, for whom conventional sport is of no interest. It is also often associated with unpleasant or uncomfortable experiences at school age. The nonsporting, non-competitive nature of yoga makes it a very appropriate activity for promoting the wellbeing of this group. However, though it is easy to set up yoga classes in schools, those in jobs or a university or unemployed prove harder to reach.

The solution we came up with was a yurt, a mobile temporary space that we could take to each particular venue where we were likely to find young people interested in trying out yoga. We proposed the idea to Sport for England’s Innovation Fund and they accepted the proposal At the start of the project in September 2015, a wonderful opportunity arose to link the Youth Yoga Yurt project to Sport for England’s This Girl Can campaign which was aimed to get young women into sport. So the project was named Yoga Girls Can. 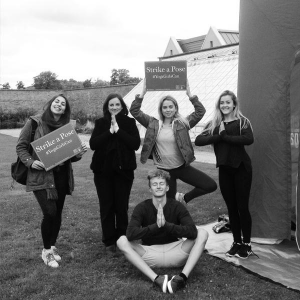 For the first year, it was decided to take the yurt mainly to university campuses. These included the University of the West of England, Bath University and Bath Spa University. There were some initial teething problems. We found especially that engaging people to such a degree as to get them to try a yoga session in a public space involves more than simply giving them information. There was a need for a one-to-one conversation in many cases. After the first weeks, uptake improved considerably as we adapted to this. The project has now reached its target. We have reached more than 600 young women, and we are now looking at ways of extending it this year. If you are interested in having the yurt at your institution, we may be able to help. Please get in touch! 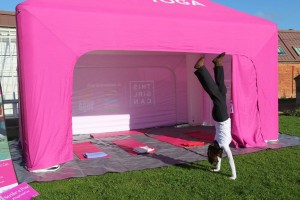